Why Sail Training Never Prepares You For A Severe Storm

Posted on October 12, 2015 by Richard Shrubb under Passage Planning, Sailing, Sailing Courses Comments Off on Why Sail Training Never Prepares You For A Severe Storm 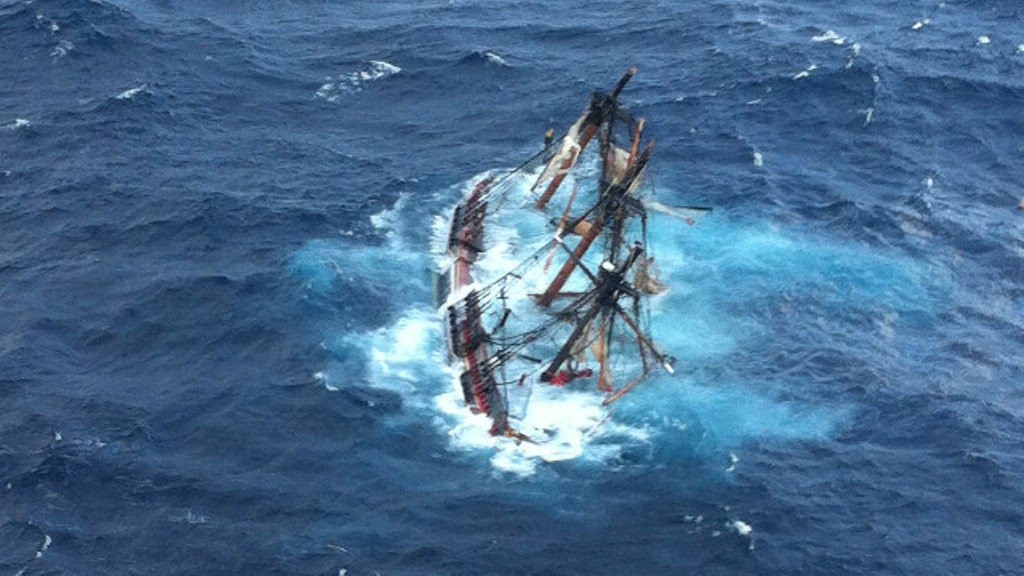 Northern Europe and the US East Coast storm season is upon us. Already a cargo ship has sunk with the loss of 30 crew in Hurricane Joaquim. For most people a Force 6 wind is what is termed a ‘yachtsman’s gale’.

This piece will look at two shipwrecks in hurricanes and show how, no matter what certification you have you are never prepared for a severe storm.

The 790ft container ship El Faro set sail last week through the Bahamas on a pre-planned voyage, with the route scheduled to go close to the tropical storm that would turn into Hurricane Joaquim. In 140mph winds, it lost power and sank with 33 lives.

The first that the authorities knew of her loss was when the ship’s Emergency Position Indicating Radio Beacon (EPIRB) was automatically activated. Clearly she had gone down too quickly for anyone to call MAYDAY on the VHF.

In October 2012 The tall ship HMS Bounty went to sea with a view to skirting the hurricane that would become Superstorm Sandy. Two lives were lost and the rest of the crew survived by the skin of their teeth.

The 108ft ship was far smaller than El Faro and the storm was far worse than that off the Bahamas last week. Last year the US National Transportation Safety Board (NTSB) said that Robin Walbridge the captain made a “reckless decision to sail the vessel into the well-forecasted path of Hurricane Sandy.”

I knew Walbridge from the early 1990’s, when he was Second Mate on my sail training ship the HMS Rose. He had vast amounts of experience, but I knew the man also as a risk taker, frequently setting too much sail in dangerous conditions.

In one incident the foremast forestay parted in a white squall and the whole crew had to put their lives at risk preventing the rigging going over the side. I could have drowned or worse – I went 120ft up the mast to tie the sails up to minimise the pressure of the wind on the mast by taking in the sails.

Training and experience – it all counts for nothing if you die

The El Faro was bigger than any billionaire’s yacht. The crew were extremely experienced and the ship conformed to stringent international law. The Bounty was a brick and could have survived passing the edge of a smaller hurricane at a pinch, albeit with a lot of damage and a crew who would have been scared witless.

Walbridge had vast amounts of experience on a range of large sailing ships. Between the 35 who died in these storms, you have adequate, internationally recognised seafaring qualifications as well as hundreds of years of sailing experience. Yet this counts for nothing now they’re dead.

Over confidence is one of the biggest killers of all at sea. Few readers of this blog will ever skipper a vessel as large as the Bounty, never mind the El Faro. Many will have sailed their yacht in a Force 7 and come back with tales to tell.

One of the reasons we all sail is that it isn’t as controllable as life commuting to work. Things will go wrong and these will get our adrenaline going. But just because you have your ASA Bareboat Skipper or RYA Day Skipper qualification it doesn’t mean to say you can go to sea in unsafe conditions.

One of the things to ask yourself, is do I feel safe in this? Last year I went out in winds forecast to be 15mph on my Supernova. Of course, as a general rule when the forecast is for a certain wind speed, the gusts will be double that – Force 7 winds on a boat where you can’t reef the sail.

It largely told me that for the sailing I enjoy, I need a boat where I can reef the sail in preparation for the peak wind speeds – something most people do anyway. Failing that, the boat’s limit is around 12mph forecast winds, that gust at 24mph. This significantly narrows down the times of year I can enjoy sailing to a few short months in summer. For someone who likes to go out in weather a little windier than a late spring / early summer jaunt the boat is probably the wrong one for me…

This is not to say you shouldn’t take sensible risks, or the seas would be empty in anything worse than a Force 6 – weather many sailors enjoy. In taking my boat out in 15 gusting 30mph I went out when there was a safety boat on duty and got help where possible. I made a tit of myself that day but honestly? Better a red face at the club bar than people saying what a wonderful sailor you were to their mates after you pushed it too far…