Learning To Sail On Tall Ships Versus Yachts – What Are The Differences?

Posted on September 14, 2015 by Richard Shrubb under Sailing Courses, Yacht Racing Comments Off on Learning To Sail On Tall Ships Versus Yachts – What Are The Differences? 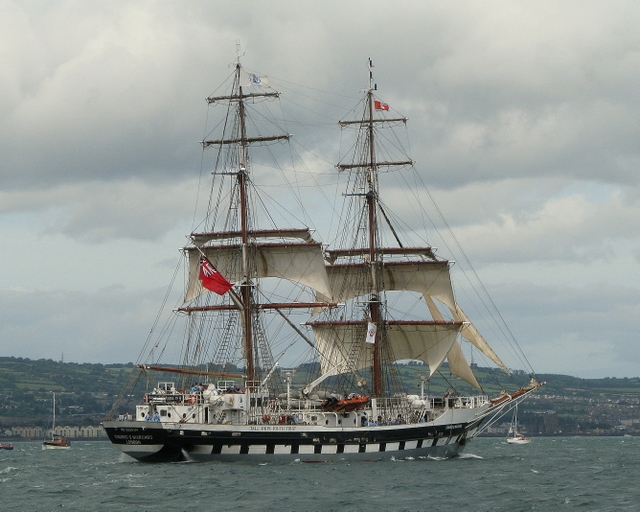 Over the last year I have talked about being a good all rounder and how it benefits you as a boater.

There is a common misconception, that I myself have fallen prey to, that just because you have learned to sail while doing 1000 miles on a tall ship it makes you an expert yachtsman. Many of the skills aren’t directly transferrable but some are. The two disciplines are as different as yachting is to motor boating in many ways…

The first difference is very obvious – many tall ships have square sails where most yachts have fore-and-aft sails.

Even old gaff cutters and schooners, which also have fore-and-aft sails, are very different in the way you sail them to the modern yacht – you don’t have to haul up and adjust the gaff on a yacht for a start, and will almost never have a gaff topsail or a square topsail on a yacht!

The gaffs and spars make sailing these vessels very different in their own right. A yachtsman may never climb his mast yet you are almost guaranteed to need to go aloft on a tall ship on every passage on a sailing ship. You generally go up the mast to put on and take off sail ties, but you may need to grease the mast and run maintenance operations on a tall ship on a regular basis.

Thankfully sailors on modern yachts don’t need to grease their masts with tallow (animal fat) on sunny calm days with gnats and mosquitoes turning up to the party for the feast of a lifetime, both on the tallow and your blood…

The other major difference is size. Most tall ships you see on the water today will have a minimum size of 60ft at the waterline – they need to be this size to get enough passengers and crew aboard to make themselves economically viable in terms of carrying enough paying guests to pay for their trips. As such you can sit on the foredeck with a cup of coffee in most conditions – on a 40ft yacht the foredeck is really only a comfortable place when anchored in the sunshine and doing a bit of sunbathing… In any decent seas you’ll be thrown about and get very wet!

Yachts are designed to be sailed with minimum crew as well, so everything is light and easily adjusted. A skeleton crew of 15 on my old 186ft sailing ship Rose could just about sail her in most conditions. That was, four people per watch plus the captain, engineer and cook. After a month aboard you were at the peak of your physical ability, had hands so leathery you could put a cigarette out on your palm, and were permanently knackered. By comparison the Vendee Globe IMOCA 60’s are regularly sailed around the world at 25 knots plus by one man or woman solo! 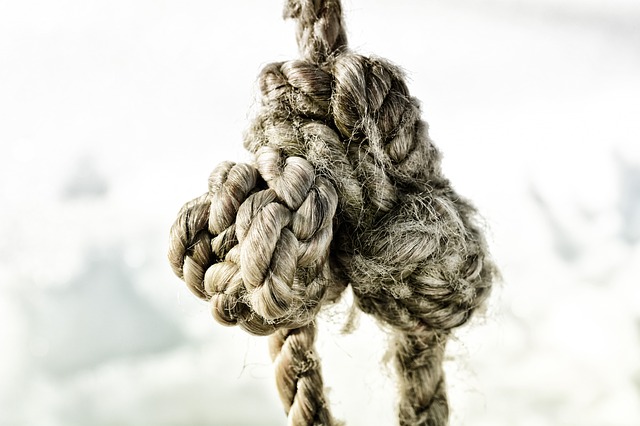 Seamanship is an art that has evolved over the millennia and in many ways can be applied to any vessel you set foot upon.

Anchoring has changed in technology but not in method for hundreds of years. Where a square rigged sailing ship in Nelson’s day may have put their topsails aback to dig the anchor in with some reverse thrust, today you’d put the engine in reverse.

Knots differ little too – though in Nelson’s day you didn’t have carbon polymer lines but hemp, and you never had to do a wire splice as they used natural fibres not cable for the stays.

Reading the winds and seas is an art in its own right, as is deciding how to navigate through heavy weather – you still reduce sail in a gale! You learn how to gauge wind speed from the appearance of the seas on any vessel you are aboard.

On modern vessels, learning how a diesel engine works aboard a tall ship is often very similar to any inboard engine on a yacht too. The major difference is in size. You will still cool the engine with water sucked in through a sea chest in the hull, and the screw is still passed through the hull in a similar system on both vessels. Again, the difference is that you could stick your head in the ship’s sea chest where you’d have difficulty sticking your fist in a yacht’s sea chest…

You can also sail in heavier weather more safely. There’s a saying that a ‘Force 7 is a yachtsman’s gale’, and I have sailed safely in 56 knots of wind off Nova Scotia on the Rose, albeit as scared as I was in Biscay on a 32ft yacht in 25-30kts. This gives you experience in sailing in heavy weather.

If you enjoy sailing you’ll want to learn as much as you can on as many vessels as you can. Variety is the spice of life! For the cruising yachtsman, it is worth going afloat on a sailing ship for a week or two if only to improve your seamanship skills. Such trips will never leave you and with the ability to learn to sail in places as diverse as the Southern Ocean and the Caribbean, is an experience that will never leave you either!