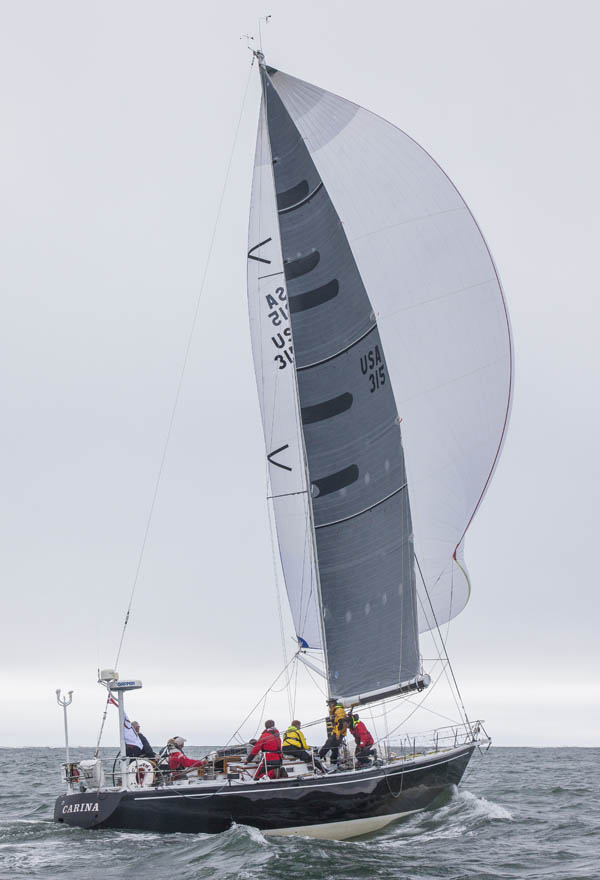 Every year there are a number of oceanic and short course yacht races all over the world that people of all levels of experience participate in.

There are three classics (amongst others) – the Fastnet, the Transatlantic Race are major oceanic races, while Cowes Week is one of the oldest and most famous short course sailing regattas in the world.

Let’s look at the differences between oceanic and day racing, and show how you can learn to sail with a view to having an adventure of a lifetime every couple of years!

Day racing – a great way to learn to sail

Day racing is a lot of fun, and can be very challenging because it is so short and intense.

Every second matters, and people will take huge risks to save the odd one or two – I’ve been aboard a £100,000 yacht who’s skipper sailed within 2 feet of another yacht at a buoy just to beat the competitor at the mark. But for the adrenalin involved in keeping the boat in perfect trim I could have had nightmares about £200,000 worth of yachts sinking in Falmouth Harbour just for a silly trophy at the end of the season…

Though you do get the ultracompetitive skippers with a wallet that can withstand sinking their high end yacht, most sailors who do day racing will be taking their 20 year old, £20,000 family cruising yacht out just for the fun of sailing.

Trimming is important, but not to perfection, and with their stoves and sailing gear aboard to cover their weekend sailing trips up the coast, these vessels are often very overweight and perform to nothing like the ability of their rivals in the Melges, J22’s and Hunter racing yachts.

If you’re an entry level sailor, you will feel more comfortable sailing with the guy in faded, torn sailing gear with a smile on his face who owns a 20 year old tub than if the jaunty type who has carbon fibre spars and an ultra lightweight composite hull who’s sole objective is to stay at the top of the leader board!

Over a two hour race the crew will be focused on getting the perfect trim of sails, while the tactician and helm will be chasing the wind gusts to get every advantage possible on the race. Launching a spinnaker, the spinnaker sheet man will be constantly keeping it flying to perfection. The foredeck crew will be soaked, launching and changing sails frequently. Those in the cockpit will be doing their bit.

Activity is constant and at the end of the race those crewing may have no idea what has happened in the race as they have been so busy.

Ocean racing – “When will we tack?” “Tomorrow night maybe…”

Almost everyone who sails has a secret ambition to do one of the classic oceanic races. This might be the Fastnet, Sydney Hobart, Transatlantic Race or Trans Pac race. These differ vastly from day racing, but can be just as intense and hard work for a much longer period.

My stepmother raced on the Atlantic Racing Cruise (the ARC Race) and she explained to me how laid back life could be. One day after virtually no change of course or any activity on deck, she asked the skipper, “when are we tacking next?” He responded that if the weather charts were right they may tack tomorrow night, but maybe the next day…

You will be on watch for 2-3 hours and below for 4-6 hours depending on the size of crew. Ideally it will be a three watch system as it takes a while to get used to sleeping for 2 hours and being on deck for three more in a two watch system.

Sail trimming even for the competitive club sailors will be frequent, and if the wrong weather system is overhead, do expect to be on deck in your underwear doing a sail change in the middle of the night, as has already happened on one yacht in the Transatlantic race taking place right now!

The competitive club sailors will be the little fish in these regattas, and they will have had to compliment their sailing experience and qualifications with SOLAS Safety at Sea and Sea Survival Courses. To even race on a family tub in these races you have to be better than most weekend sailors.

In order to sail among them, it would really help to put yourself about on the sailing club scene and get some decent experience. Do consider the safety courses and renew them every five years.

If you do find a yacht to crew on? How many other people in the office will take most of their annual leave off to blast across the Atlantic from Newport RI to the Lizard? Beats the pants off Expedia!