A Beginner’s Guide to Sailing Clubs 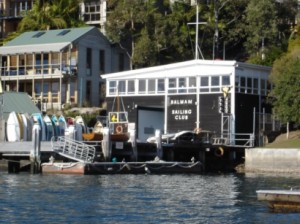 Whether you’re just entering the world of sailing or you’re a long-standing veteran of the waves, you will have no doubt come across information on the various sailing clubs that are dotted around the country.

If you’ve never been a member, you might not yet have a full understanding of what exactly a sailing club is, what it exists for, or the sort of people who use it.

If that’s the case, allow us to shed some light on the subject.

So – What Is A Sailing Club?

In essence, a sailing club is a membership organisation, consisting of boat owners or enthusiasts. There’s usually a physical clubhouse, and private moorings for club and members’ boats. Clubs are usually located by the sea, for obvious reasons – although you’ll also find a few of them situated on rivers and lakes.

Traditionally, clubs have been regarded as being reserved for the upper classes. This was certainly once the case, but is far less true these days – middle class affluence combined with the affordability of several types of boats means that clubs are now accessible to a surprisingly large section of the population.

If you’re interested in joining a club, but have so far been reluctant due to a perception of it being an “elite-only” pursuit, you can lay your fears to rest. You’ll find all manner of members inside a sailing club, and hopefully an accepting and inclusive atmosphere to boot.

People become members of clubs for one main reason, and that’s to sail on the open water and be around people with the same interests. It’s rarely about status these days. You’ll be surrounded by like-minded sailors, and there’s usually a buoyant sense of community, connection and unpretentiousness.

Oftentimes, clubs will be centered around a particular kind of boat in order to maintain overlap in skills and interests between their members.

Membership costs can vary greatly, depending on the nature of the club and the type of boat they cater to.

A high-end yacht club will no doubt have higher yearly fees than a club that caters primarily to dinghy owners. Basic sailing clubs start at around £140, whereas you can expect to pay up to £500 at some of the country’s more expensive yachting clubs (and where you might also need to have contacts inside the club to be accepted!).

The Benefits of Being A Member Of A Sailing Club

The primary benefit of  a club is that you’ll be able sail without needing to own your own boat. If the club owns boats, you’ll have several to choose from, and you’ll be able to schedule a trip and take your chosen vessel out on the open waves. And even if they don’t, many clubs encourage members to volunteer as crew on boats owned by other members – so one way or another, membership will get you out on the water.

The social aspect means you’ll be able to connect with other like-minded sailors who you might well have a lot in common with. Clubs often have regular meetups and events for their members. For many, the social aspect is one of the biggest rewards of membership.

You’ll also be able to form lots of practical connections – for boat owners, many clubs have offers on repair and maintenance and spare parts, and will be able to connect you to someone who can help. At the very least, advice on these issues will be readily available.

If you feel like you’d like to lay a decent foundation of sailing skill before joining a club, or you’d like to improve in certain specific areas – we can help.  We’re able to connect you to a wide variety of sailing training courses around the UK.