So You Want A Piece Of The Action? How To “Make It” In Sailing…

Posted on November 25, 2014 by Richard Shrubb under Sailing, Sailing Courses, Yacht Racing Comments Off on So You Want A Piece Of The Action? How To “Make It” In Sailing…

In the last week there have been two amazing events in sailing.

Also, the Volvo Ocean Race started leg 2 out of Cape Town in some of the best sailing conditions the crews have seen. Just watch this video to see how they started their 6000 mile leg with a bang!

If you have the time and space you too could have a piece of the action… All you need is training, commitment, skill and a super tanker full of luck! Let’s look at the way you too could blast your way into the limelight of the world’s best sailors…

Learn to sail and learn well. Look around this website to see about the beginner’s, intermediate and racing qualifications you need to learn to be a very good sailor. Also have a look at our e-book to see how to learn to sail wherever you might be in the World.

In many countries such as the UK, Australia, US, Canada and a number of others, there are specific racing courses you can take. Do them, and learn the best techniques to win a race from your local pros.

Youth has an advantage. If you’re sitting on your Dad’s knee reading this you’re at the best possible age as you can learn to sail on Optimists. This class of sailing boat, which quite frankly looks like a bath tub, has national and international racing regattas where if good enough, you will be noticed by national teams’ scouts. 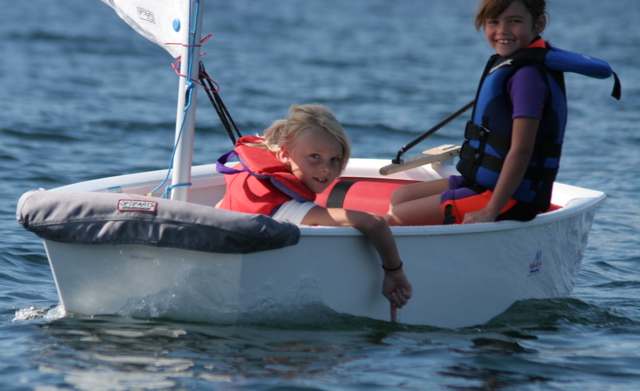 If you only enjoy sailing every other weekend as long as the sun’s out you’re not going to get beyond club racing. Look at the biographies of every successful sailor in the world, and they have missed families’ and loved ones’ birthdays, funerals and weddings to be out there honing their skills or competing.

With commitment comes skill. If you’re out on the water in everything from flat calm to screaming gale then you will learn how to read the boat, sails, sea conditions and weather to the level you need.

Many 2012 Olympic hopefuls were down at Portland Harbour as early as 2010 at every opportunity to get an idea of how the currents and winds peculiar to the venue affected them – and also to exploit them to their advantage.

Among the best in class, reading one wind shift correctly can mean the difference between glory and an early flight home. Indeed, there have been several 2016 Olympic sailing test events already in Rio de Janeiro and those who really want Gold have a good idea what it is like to hit a dead Brazilian dog in the bay when they capsize…

This may sound awful but most people who devote themselves to becoming one of the best sailors in the world just won’t make it. It might not be commitment or skill – you might just lose the race at a key event. 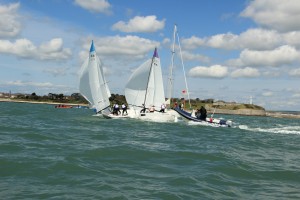 Over a freezing, wet week on the water four teams became two, and then one. For me it was good news – the magazine I was writing for really wanted crew member Debbie Capozzi to make her second Olympics. The other three crews are forgotten in history…

Or not? Sally Barkow’s boat came second that week, and she was widely recognised as a serious competitor for Olympic Gold. Sally retired from small boat competitive sailing and joined Team SCA on the Volvo Ocean Race – the all women’s team are on their way up the Indian Ocean to Abu Dhabi right now.

We’ve focused on the young bucks in this piece already. What about Sir Robin Knox Johnston?

As a young man, Knox Johnston became famous in 1969 as the first man to sail nonstop around the world, singlehanded. “OK, so he’s among the world sailing Establishment and knows everyone – if he wants to sail anything he just calls a friend”, you may think…

Wrong again. Knox Johnston runs the Clipper Round the World Race, where for a fee you can race on one of twelve 70 foot ocean racing yachts. People have sold their prized possessions and spent years raising the cash to get involved. Some have gone very far indeed.

One skipper of one of the first races is a guy called Alex Thompson – if you need a reminder who this guy is, see the video below. In 1999 he became the youngest ever skipper to win a round the world race. He now races his IMOCA 60 Hugo Boss on such monster races as the Vendee Globe singlehanded round the world race, and is one of the best British sailors afloat today. Where this man didn’t pay his way in 1999, the Clipper gets international yachting coverage and you can mingle among the yachting Establishment.

Given the unspoken fact that a man is only as good as his contacts book, that could be your middle aged weekend racer’s way to follow Sir Robin on the Route du Rhum one day!