Top Courses To Help You Learn To Sail Like These Celebs!

Posted on May 14, 2014 by Lee under Boating, Sailing Comments Off on Top Courses To Help You Learn To Sail Like These Celebs!

Sailing is a sport and a hobby that has captured the imaginations of a wide range of people across the UK.  A fascination with spending time on the water is no major surprise – spending time at sea or open water is often viewed as a relaxing and highly enjoyable experience.

As a result, a whole host of celebrities have been pictured enjoying sailing at one point in time or another, proving that it remains a popular pastime, regardless of wealth or status.

The increasing popularity of sailing on the back of events such as the London 2012 Olympic Games and the America’s Cup has also helped to thrust the sport into the public eye. 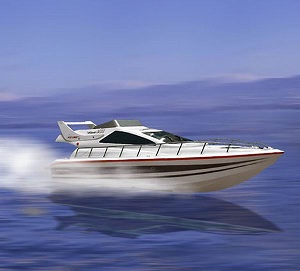 The famous at sea

Humphrey Bogart used to sail a considerable amount and raced on such a continual basis that an event in Newport Beach California is named after him – The Bogart Series races annually between Newport and Catalina.

Scientist Albert Einstein was also a keen fan of sailing, regularly taking to the water during his time at the Polytechnic Institute in Zurich, Switzerland.

Hollywood god Morgan Freeman has also been pictured out on the open water enjoying a sailing experience, but he isn’t the only one.

Beatles star John Lennon once travelled from Rhode Island to Bermuda – a journey of some 600 miles – to help get his lyrical juices flowing.

British actor Jeremy Irons, the voice of the evil Scar in Lion King and Die Hard with a Vengeance star, has also been known to enjoy his time out on the water.

Following in their footsteps

If you fancy following in the footsteps of the famous, you can learn to sail  in several relatively simple steps.

As with any hobby, learning the basics first is absolutely essential but there are a whole host of different sailing courses to help get you on your way – all with many different benefits.

The starter courses will provide new sailors with the knowledge and understanding of the most basic elements required when out on the water.

Due to the nature of sailing, taking additional first aid and survival courses are recommended – just in case an emergency occurs when out on the water.

Situations such as what to do if a boat capsizes or how to rescue people from the water are considered, as is how to provide emergency treatment in order to ensure that people are as safe as possible.

Progressing to a high standard

The learning programmes for sailors are done in levels and it is necessary to pass one level before moving up to the next – this ensures that all aspects of sailing are covered.

Once the basics have been mastered, day skipper courses and other practical and theory tests can be done to assist with aspects such as navigation and course control.

These can be vital if other people are also sailing in a boat under the command of any one individual, while other courses are available to help in preparation for a race.

At this stage, most sailors will be comfortable while out on the water, but it remains important for them to ensure that they avoid the seven deadly sins of sailing.

Once this level is reached, only time on the water will help to develop technique, as the best sailors put their success down to lots of training, commitment and experience.

Other courses designed to provide experience in other vessels, such as motorboat training and yachtmaster courses can help sailors understand how to sail in a greater range of equipment.