The ‘Soft Skills’ You Will Learn When Learning To Sail

Posted on December 16, 2014 by Richard Shrubb under Sailing Courses Comments Off on The ‘Soft Skills’ You Will Learn When Learning To Sail

When you think of sailing as a sport and a hobby, you tend to think of the physical skills learned, whether trimming sails, maintaining an engine or navigation.

Research is increasingly showing that there is far more to learning to sail than the physical acts of taking a boat onto the water and sailing it from A-B. 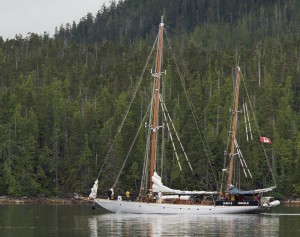 A large number of sailing establishments advertise the so-called ‘soft skills’ learned in sailing – skills that you can take into almost every other environment, both social and in the workplace, that you learn while sailing.

Although the bulk of the ‘soft skills’ the sail training world is focused on currently is youth training, there are some organisations that look at teaching postgraduate students and one even specialises in mental health rehabilitation.

Further down the hierarchy of the crew on a boat, everyone needs strong interpersonal skills so they are able to do a set task effectively.

Teamwork is core to sailing – even Alex Thompson is part of a team as he sails solo around the world on the Vendee Globe because his shore team will be helping him through various issues as he sails the boat.

You don’t have to be skipper to learn leadership in sailing. Particularly on larger vessels, there are a range of jobs that require smaller teams that work together to make the whole operate smoothly. 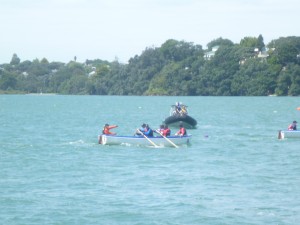 Let’s look at rowing a boat. If there are four people on four oars, they must pull together. If you do it perfectly the boat will race along. If one side are doing the opposite of the other side then there is a likelihood of the boat turning in a circle! Leadership might just be calling, “pull! Pull!” to get the team to pull in unison.

On a sailing ship, teams will head into the rigging to furl a sail. Each sail will need a leader to lead the team of four to six in furling the sail together. The captain on deck is likely focusing on a dozen other jobs such as piloting the vessel into port.

In an interview for a magazine I was writing for a few years ago, the administrator of a tall ship once told me, “Sailing takes the me out of you!”

Teamwork is required for almost every task on a crewed boat, and research has repeatedly shown that sailing takes people from thinking, ‘what’s in it for me?’ and makes them think, ‘what’s in it for us?’ Further, you move from ‘how can I do that’ to ‘how can we do that?’ In doing so it ingrains the idea of collectivism, both in responsibility and operation.

The Andrew Simpson Foundation, set up in honour of Andrew ‘Bart’ Simpson who drowned during the run up to the last America’s Cup, aims to help young people of all backgrounds develop interpersonal skills. The Foundation’s website states, “the maritime environment is a challenging arena in which new skills are learned, new relationships are built, and both success and failure are experienced in a supportive environment. Experience of sailing provides a positive impact on young people”.

In Australia, the Young Endeavour programme published a research study into how young people changed after sailing on the replica of Captain Cook’s ship. The report suggested that, “It succeeds in fostering networks and alliances, and these are the basis for the development of social capital.” 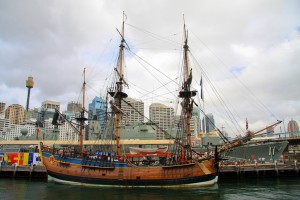 Further, the study went onto claim that sail training, “achieves the goal of building social capital in a shorter and more concentrated program than similar youth schemes such as scouts / guides, SES, and surf lifesaving squads.”

People who have had a mental breakdown, whether a spell of depression or more serious, can have their self confidence knocked. Someone staring at their shoes does not always make a good impression socially. Sailing can help them look you in the eye.

The Sea Sanctuary programme, based in Falmouth, England, is a unique organisation that seeks to help people with mental health issues turn their lives around through sailing.

It is well known that adventure training of all kinds can give someone’s self confidence a real boost, simply by giving them an achievement they never thought they could do.

This could be a day sail through choppy conditions from Falmouth to Fowey, where they have navigated, helmed and trimmed the sheets to get the vessel from port to port. Though the 30 odd mile trip is no big deal to your average sailor, for someone who lives in an inner city, this is in itself an adventure of a lifetime.

Sea Sanctuary combine physical sail training with proven psychological interventions, so even while at anchor the programme is at work on helping the client.

So, Does Sailing Make You A Better Person?

Well, research certainly suggests that it can help!

Whether from living together in confined quarters for a week on a tall ship, or just rowing a tender out to the boat, sailing teaches skills that can’t always be learned in an urban environment.