What Lessons Can We Learn From Sailor Andrew Simpson?

Posted on February 5, 2014 by Lee under Boating, Sailing Comments Off on What Lessons Can We Learn From Sailor Andrew Simpson? 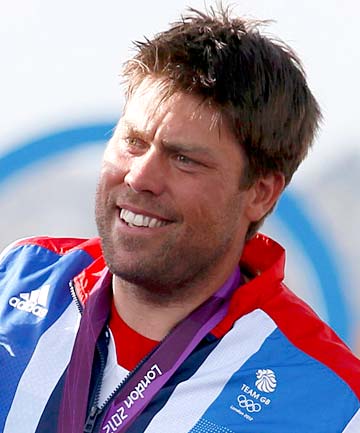 The preparations for the 2013 America’s Cup produced the ultimate tragedy last year, as Olympic gold-medal winning sailor Andrew Simpson sadly lost his life after the catamaran he was on capsized. However, in the wake of the accident his wife Leah and several of the world’s highest profile stars have moved to remember the British sailor in a remarkable way.

It aims to encourage people of all ages, but especially children, to get involved in sailing across the UK, aiming to honour the legacy of a sailor who changed the lives of many.

Olympic stars will act as mentors to help youngsters learn to sail, while all sorts of sailing courses are available to help those wanting to give sailing a try.

Percy raced with Simpson at the Beijing Olympics in 2008, winning gold, while the pair won silver at the London games four years later.

Following Simpson’s death, his former racing partner spoke of his desire and will to win, all while maintaining his passion for the sport he loved – sailing.

Simpson, affectionately known as ‘Bart’ in the sailing world in reference to the famous TV character, was renowned for his approaches when on the water.

He was the person that other sailors, of all abilities, could turn to for guidance and he poured a lot of his effort into supporting the next generation of sailors.

Acting as an inspiration

The logo for the Andrew Simpson Sailing Foundation carried the words “inspiring the next generation”, a fitting tribute to the man who worked so hard to boost sailing’s reputation.

By helping to get more youngsters on the water and by supporting boating courses across the country, Simpson worked tirelessly to create more gold medalists, all while following his own dreams of glory.

While his death served as a fitting reminder of the dangers of the seas, it is important that his legacy lives on.

Simpson starting sailing from a very young age and first competed with Percy at the age of just seven, when the pair were the youngest competitors at the under-16 national championships.

Percy described his fellow sailor as a “guiding light” and there are certainly many other figures in the world of sailing who would agree with those sentiments.

Youngsters wanting to learn how to sail should take note of what Simpson did, as they too could inspire others to sail in a similar fashion.

In September this year, a worldwide effort is being made to get more people involved in sailing, from those who have barely set foot in a boat, to Olympic heroes of past and present.

Bart’s Bash is an attempt at a new world record and invites sailors to join forces in memory of Simpson, by having a mass participation club race in both the UK and global waters.

Its focus is on honouring what Simpson was all about, according to those organising it, while plenty of famous faces from the sailing world are already pledging their support.

When the event was launched at the beginning of February 2013, 322 clubs from 17 countries had already signed up, and it is hoped that many more will follow.

While Simpson should definitely not be forgotten, now is the time to turn to the future, and to get the new generation of youngsters involved in sailing training and out on the water.

His winning mentality and supportive nature helped to boost the profile of sailing on a global scale, and Bart’s Bash has the potential to build on an already outstanding legacy.

On 21 September 2014, Simpson would have celebrated his 37th birthday. Instead, tens of thousands of people are expected to race in the memory of a truly inspirational figure.