Posted on September 17, 2014 by Lee under Sailing, Yacht Racing Comments Off on Sailing Schools Unite in Memory of GB Star Andrew Simpson

The sailing world will come together on Sunday 21st September to remember and inspire, as thousands of sailors of all abilities will take to the sea simultaneously in a world record attempt.

Bart’s Bash, in memory of Great Britain sailing star Andrew Simpson who tragically lost his life back in 2013, already has more than 10,000 registered participants.

From Africa to Australia to North America and beyond, more than 700 sailing clubs from more than 60 countries are preparing to get involved, aiming to inspire the next generation of sailors.

And there is still plenty of time to get involved – sailing courses across England and Europe are available, catering for all levels of ability and skill. 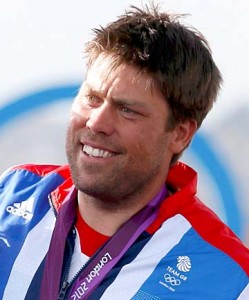 The sad story behind Bart’s Bash

Simpson, affectionately nicknamed ‘Bart’, tragically lost his life in San Francisco Bay as he prepared for the Americas Cup race in 2013.

His death shocked the sailing world with many people clearly touched by an individual who always put others ahead of himself.

John Derbyshire, the performance director of the Royal Yachting Association described him as “a huge inspiration to others, both within the British Sailing Team and across the nation”.

It was two members of that GB team that helped to set up the Andrew Simpson Sailing Foundation – Sir Ben Ainslie and Iain Percy, alongside Simpson’s wife Leah.

Percy, who raced alongside Simpson when the pair claimed gold in Beijing said he has “been blown away by all the support” that has already been seen for Bart’s Bash.

“We invite everybody, sailors and non-sailors, to join us on September 21 in this unique event which we hope will inspire the next generation through sailing,” he added.

Not only does the charity honour Simpson’s life and legacy, but it works towards inspiring the next generation of sailors, developing their skills and abilities so they are prepared for careers in the maritime sector.

It seeks to transform the lives of young people across the world through sailing while ensuring that the voice of Simpson will continue to inspire long into the future.

Inspiring the next generation

The charity’s tagline is all about inspiring people to get involved, something that has occurred in record numbers thanks to Bart’s Bash.

The Santander 2014 ISAF Sailing World Championships will also take part in Bart’s Bash, helping to raise the profile of both the event and of what it stands for.

Other big events, including the Southampton Boat Show, have pledged their support for this Sunday’s activities while clubs from all over the UK have signed up.

The Fundraising event has so far raised more than £75,000 and a surge in the number of competitors in past weeks has helped to raise its profile yet further.

Anyone wanting to learn how to sail is encouraged to get involved at their local clubs while breaking a world record would be a truly fantastic way to remember Simpson.

Plenty of opportunities to get involved

Each participating club will sail an individual race at their location on Sunday, with certain requirements needed to fulfill the world record criteria.

Simpson’s unfortunate death led to changes in safety regulations at the Americas Cup and showcases the importance of safety and first aid on board vessels.

Anyone taking sailing lessons is encouraged to participate in first aid courses to ensure that they are as safe as possible when out on the water.

Learning to sail overseas is another option for people looking to experience the delights of sailing in slightly warmer climes.

If Bart’s Bash does indeed set a Guinness World Record, it would be a touching tribute to a man that really has helped to inspire the next generation.