The Importance Of Charity In Driving Sailing Engagement

Posted on October 15, 2014 by Lee under Sailing, Sailing Courses Comments Off on The Importance Of Charity In Driving Sailing Engagement 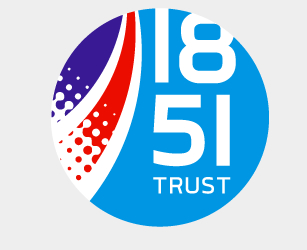 Making people decide that they want to get involved with something is not always an easy task, but with sailing it is slightly different.

While it is similar to many other sports in that it can easily be tried out, what makes it different is the fact that there are so many options and places of guidance available.

Courses for those interested in learning to sail can be found all over the country, while charities and other organisations are constantly working to raise awareness of sailing.

For instance, the Duchess of Cambridge has recently taken on the role of patron of The 1851 Trust, a charity that aims to inspire people and get them involved in sailing.

The Duchess is a keen sailor herself and said that sailing is a great way for children to boost their skills and confidence.

This type of backing receives much media coverage and showcases sailing to the country, in part highlighting the importance of charities when encouraging people to try something out.

Efforts to Secure the America’s Cup

The charity is also aiding in preparations for the America’s Cup in 2017, providing many young sailors with a glimpse into the highest echelons of the sport.

The 1851 Trust forms part of Olympic champion Ben Ainslie’s attempts to bring the America’s Cup back to British shores, after he won the event with Oracle Team USA last time out in 2013.

Ben Ainslie Racing supports the trust and is a vital cog in efforts to return the America’s Cup to Britain – a trophy that left British shores back in 1851.

While the next event in 2017 may be out of reach for young sailors today, there is no reason why they cannot train up to take part in the years beyond.

Hard work, dedication and the right attitude are essential to success in sailing, but even for those wishing to do it for fun; there are plenty of sailing courses that can help them to learn.

Inspiring a new generation of sailors is the main aim of the trust and it looks to provide young people with the skills, training and opportunities to develop.

This helps to prepare people for careers in the sailing world, but also supports those that may simply want to enjoy the experience of sailing as a hobby.

The trust takes its name from the year of the Great Exhibition, a celebration of modern science, technology and design, when an American firm brought a vessel to the UK to showcase their ship-building skills.

Boosting interest in sailing can be done in a variety of ways, but major events such as the Olympics and America’s Cup help to raise its profile.

Success in these sports builds a legacy, but keeping that going requires the support of people who are keen to inspire youngsters to consider boating lessons and time out on the water. 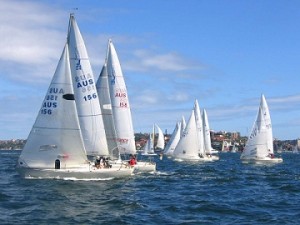 There’s more to sailing than simply time on the water

Encouraging people to get involved, and creating opportunities for them to do so, is just one aspect of how The 1851 Trust attempts to drive sailing engagement.

They are keen to showcase that sailing is not just about boats but that all kinds of scientific, technological and engineering opportunities can come from the sport.

Providing skills and qualifications is a further focal point, while sailing schools can focus on the skills needed when undertaking physical activities on the water.

Other aspects such as first aid courses and further sailing development through day skipper training and similar courses can all be covered in due course.

A sailor’s experiences on the water will play a pivotal role in building their love of the sport, but the major battle is getting them there in the first place.

Charities such as The 1851 Trust are a vital part of this process and highlighting what a sailor could achieve should only encourage them further.