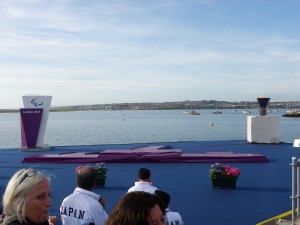 Last week we looked at disabled sailing as a great way for people with disabilities to get afloat and compete on a level playing field with able bodied sportsmen. It is one of the only sports where this happens on a regular basis.

On Friday the International Paralympic Committee (IPC) announced that sailing would be dropped as a Paralympic sport, and the last sailing Paralympics will be at Rio 2016.

The disabled sailing world has reacted with horror. While governing bodies are lobbying hard to fight it, there is a Change.org petition we at The Boating Hub urge you to sign.

This blog will look at the political situation developing, and make suggestions as to how disabled sailors can still learn to sail and compete on an international stage.

According to Yachting World, the IPC announced that two sports will be dropped from the 2020 Tokyo Paralympics – 7 a side football and sailing. In the press release, the IPC stated:

Media coverage was a joke too – I represented three titles at the Paralympics, and every day bar the first and last only myself, a journalist from the Dorset Echo and the BBC turned up. I was 3/5ths of the international media presence! 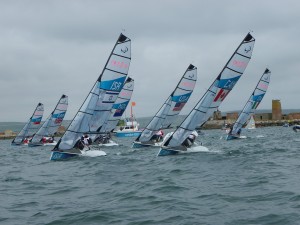 Governing bodies around the world are currently petitioning the IPC to change their mind, but it could well be a long shot. Where the two team sailing events (Sonar and SKUD – 18) were one team short of the minimum for the Paralympics, the 2.4mR class needs another 9 countries to get involved.

In response to the IPC’s decision, the RYA stated:

“We will be discussing with ISAF Disabled Sailing Committee as to how we might support them if there is any further recourse to be had, as we understand that there are currently only 22 out of a maximum possible 23 sports on the programme for Tokyo 2020.”

Meanwhile, Canada’s sailing governing body Sail Canada stated, “Discussion will ensue with the ISAF Disabled Sailing Committee in an effort to determine if there are any further appeal opportunities. Sail Canada will collaborate with the IFDS (International Association For Disabled Sailing) in their efforts to ensure the future of Paralympic sailing.”

We can ALL help

There is a petition you can sign at Change.org to appeal to the IPC to change their mind.

Over the weekend, over 5000 people have signed up to it. As an individual reading this, this is the best you can do. It will give the governing bodies a real boost if they can get 10,000 or more signatures!

The organisers of the petition have also set up a Facebook page so you can follow developments as they break. 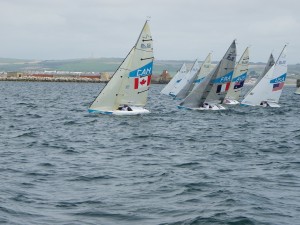 Can you get your country involved?

As we were writing the e-book on learning to sail wherever you live in the world, we ran into a lot of countries where bureaucracy just got in the way of people with disabilities learning to sail.

There is a lot of stigma around disability, yet countries such as the UK and Canada really help their disabled sailors.

When Helena Lucas got Paralympic Gold at the 2012 Paralympics for her victory on the 2.4mR, it gave a lot of good publicity for the sport.

As I discussed in my last blog, sailing is a real leveller between disabled and able bodied people. Ultimately, it is down to who makes the right chain of decisions in a race rather than who is the strongest.

As discussed in the previous blog on this issue, there are a lot of opportunities for people to learn to sail if you have a disability.

Disabled sailing is governed by the International Federation for Disabled Sailing (IFDS) that runs international competition around the world. You might end up racing on Lake Garda, off the coast of Rio de Janeiro, Portland Harbour in England, or off Key West in Florida.

No matter what the IPC does, disabled sailing is very much here to stay. If more people realised that sailing is an option to keep active, then the IPC may get more countries as entrants.

Who knows? If we got a few more countries into the mix, then the IPC may have a far easier time in allowing it to be a Paralympic sport!