Posted on March 16, 2015 by Richard Shrubb under navigation, Passage Planning, Uncategorized Comments Off on Mathematics – Core To Good Passage Making 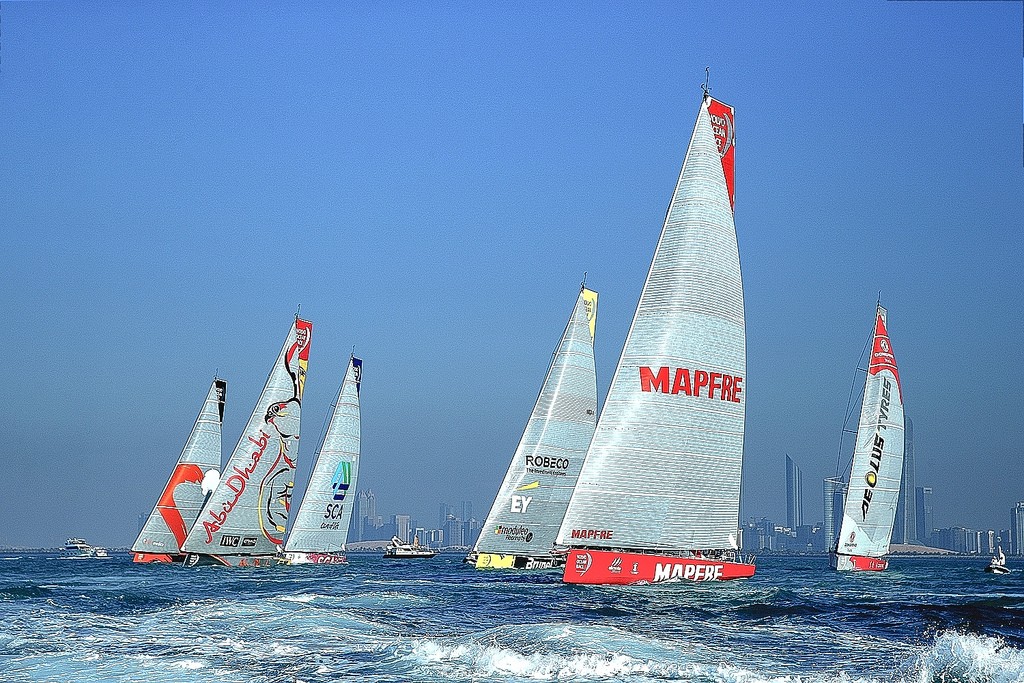 A lot of learning to be a good sailor is to get your head around the mathematics of a passage. Whether predicting where you will be on crossing a tidal stream or factoring in leeway into an upwind passage, or working out where to stow your provisions for a trip to effectively balance your boat, there are a number of times when remembering what you were told by your maths teacher all those years ago will serve you well… Learn your maths – learn to sail!

Let’s look at three areas where high school mathematics will get you where you want to be – passage planning, predicting your position, and loading. We will look at real world incidences where these apply.

Remember sitting through trigonometry lessons wondering when you’ll ever use this knowledge? Trigonometry is core to passage planning!

In tidal waters the water is moving in one direction or another for all but an hour a day. This will mean that if you’re crossing the tide for 6 hours, you will end up a good distance from where you would end up if you just went in a straight line.

Simply, if you were crossing the English Channel and expected to take six hours – one tide – and the tide was running at 6mph for the whole time, you would be moved sideways for 36 miles during the passage. If the distance between the two ports in England and France was 36 miles, then if you went straight on at 6 mph, you would have to travel 36 miles to get across the Channel and a further 36 miles to get to the port you wanted to get to, or double the journey you planned!

Tidal currents are broadly predictable for years in advance (though wind can increase tidal currents) so in theory you can predict the distance you will be pushed in one direction or another, and the angle you would need to sail to stem the tide.

In order to plan such a passage you can look at the tidal charts for the day you plan to travel, and draw a triangle for the route. You would join the two ports with one line, and work out the distance the tides will push you, and draw a line denoting that distance from the destination port.

By joining the end of that line with your departure port, you have the heading you need for when you leave the port. The distance on the hypotenuse of that triangle will tell you how fast you need to go to make it in one tide. Instead of doing that perhaps remember your old math’s teacher’s quote, SOH CAH TOA (pronounced ‘soccer toe’):

Sine – Opposite and Adjacent…

Tangent – Opposite and Adjacent! 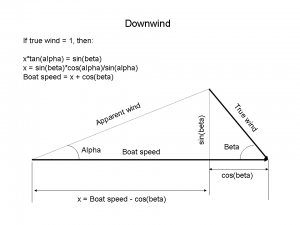 Watching the Americas Cup and Americas Cup World Series you will hear commentators go on about VMG – Voyage Made Good – to help you understand why one flying catamaran has chosen one route or another between the buoys.

When the commentators are talking about an upwind leg, they will be talking about leeway calculations to work out VMG, something that the skippers have to do on the hop in high speed tactical situations. Leeway is another game involving trigonometry.

Essentially, the wind will blow your vessel sideways when you are going upwind. Knowing the rate you will go sideways in a given wind direction and speed relative to the vessel will tell you what your best route is on a given tack.

If you go too close to the wind you will go more slowly, and the wind will blow you sideways more quickly, and if you do more of a reach than a beat your opponent may go up the course more quickly. The calculations are similar to that of tides – triangles that can be fairly effectively predicted. 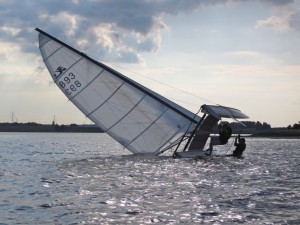 Watching the Volvo Ocean Race you will hear about crews ‘moving the stack’ from side to side while tacking the vessel.

In order to move as quickly as possible through the water you need to be as flat as possible. This is why the spare sails and other heavy gear will be moved to the windward side to put as much weight as possible to counterbalance the turning force of the wind against the sails.

In a short tacking battle this is a hell on earth for the crew as not only do they have to physically tack the boat, but then they have to move a good couple of tonnes of gear each time they tack!

Turning moments are the same idea as a balance weight scale. In calculating how much force will be on the mast, so you know how much weight to put on the opposing side to counterbalance that force.

So, there you go – the geek that’s good at maths in class has another potential career in life beyond high finance and building a rocket to Mars. He could end up seeing the world under sail in elite yacht racing, or after retiring at 40 with a few million in the bank go on a world cruise, confident in the knowledge his grip on trigonometry enabled him do well in life!