Learning To Sail In The Southern Ocean and Patagonia

Posted on June 1, 2015 by Richard Shrubb under Mile Building, Sailing Courses Comments Off on Learning To Sail In The Southern Ocean and Patagonia 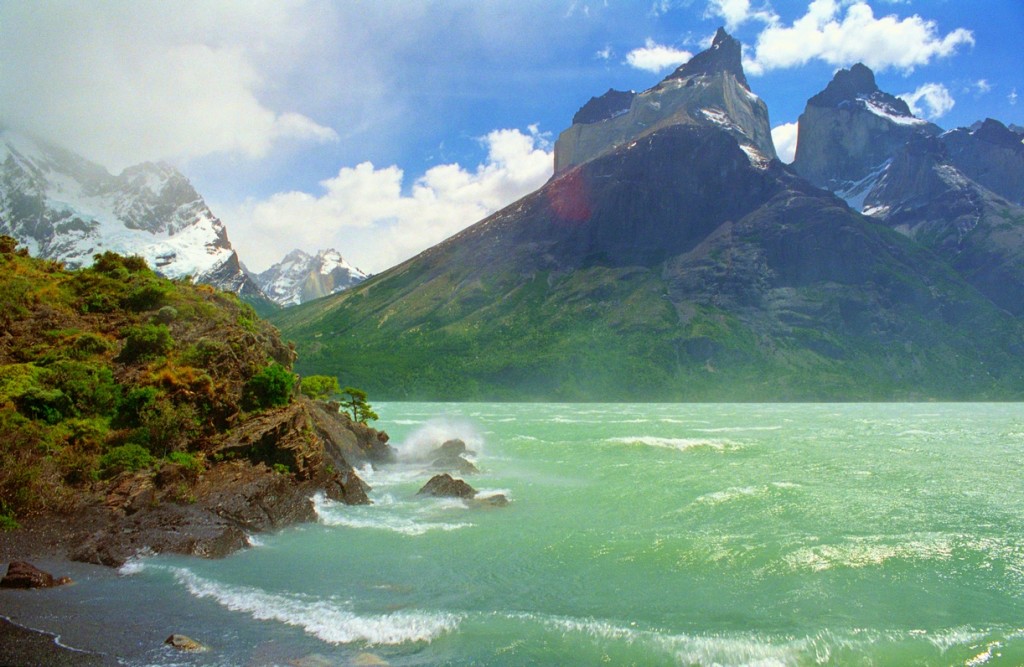 One of the major draws to sailing is that it is an adventure. The water and seas change from hour to hour, and even on a calm day off the south coast of England there’s always a chance you could end up in a dramatic event with a story to tell when you get home…

For some people however, sailing is about going to places that few others get to see. These days you don’t need to buy a 60ft hardened steel yacht and plan a year away to see the fjords of Patagonia or the penguins of Antarctica. You can join a vessel that plies the Southern Ocean already, and learn to sail with experts who sail there every year.

Many people have heard of the cruise ships that take you down to the region in air conditioned comfort, partying the night away with unlimited booze and not a care in the world. This piece won’t look at those – we will instead look at expeditions where your role is essential and being too drunk to get out of your bunk could endanger the rest of the crew…

There are two ways to sail in the southern high latitudes – by tall ship and by small ship.

The waters off Cape Horn are a place of legend. Once an important part of the journey for tea clippers on their way from China to Europe, the seas are legendary for their size and untrammelled ferocity. Unlike the other oceans of the world, winds and seas don’t hit land at all and have nothing stopping waves from being the size of houses.

Next year, there will only be one tall ship plying the waters of the Southern Ocean and Antarctica. At the time of writing there are three passages available that explore this region where you can book a place aboard the 56 metre long barque Europa.

Whilst enjoying the desolation and isolation of this largely untouched region of the world, you will be expected to play your part in life aboard. This may mean furling the topgallant sail, 120 feet above the deck in a screaming gale off Cape Horn, or it may mean helping clean up after lunch on a glorious southern summer’s day.

Either way, you will experience just what it was like in the days before the Panama Canal opened in the Age of Sail when clippers raced from China to Liverpool at the best speed possible.

Big is beautiful, right? Wrong. In sea ice, unless you have a hardened steel hull, the smaller the better for the simple reason a large object is easier to crush in pack ice than a smaller one.

There are other advantages too – smaller boats can get closer into land than tall ships for the simple reason that they have shallower drafts than the large ones. Another advantage for people wishing to take sail training there is that among a small crew, you can learn more than as part of a large crew.

There are several companies running sailing expeditions down there, with spaces available early in March onwards. Operating out of Punta Arenas in Chile and Ushuaia in Argentina, they take paying trainees to Antarctica, South Georgia and occasionally the Falkland Islands.

The Falkland Islands were once a great jumping off point for expeditions to the Southern Ocean, until regional politics got in the way. Argentina has stated that it will refuse entry to any vessel using the Falklands for a commercial stopover, and has leant on its neighbours in South America to do the same.

I was lucky enough to visit the islands in the late 1980’s and was blown away by the desolation and sheer wildness of the place. For an 11 year old to find a Royal Marine’s mess tin in a foxhole where they’d fought their way to Stanley just five years before, and seeing live minefields and the other detritus of conflict, was just mind blowing.

But also seeing wild penguins on the beach, and lost chicks being picked off by hungry skua gulls were memories that have never left me. They gave me an as yet unmet yearning to visit the rest of the region – that visit was just a delicious hors d’oeuvre…

How Much Does It Cost?

As with any adventure of this scale, don’t expect to get change from several thousand dollars per person to do this.

It isn’t a case of saying ‘stuff Ibiza this year – I’m off to Cape Horn!’ Such expeditions fall into the category of a once in a lifetime experience for many, and part of the exclusivity of such a trip is having the cash to pay for it.

Anyway, without a dream we wouldn’t be human. Fulfilling that dream is something that is now a lot more possible than when mine was first born in the 1980’s – then you’d have had to equip a vessel, crew it, and do it for yourself for a far higher cost.