Posted on December 21, 2015 by Richard Shrubb under Dinghy Sailing, RYA, Sailing Courses, Yacht Racing Comments Off on Why Learning To Sail In South Africa Could Be A Wise Choice 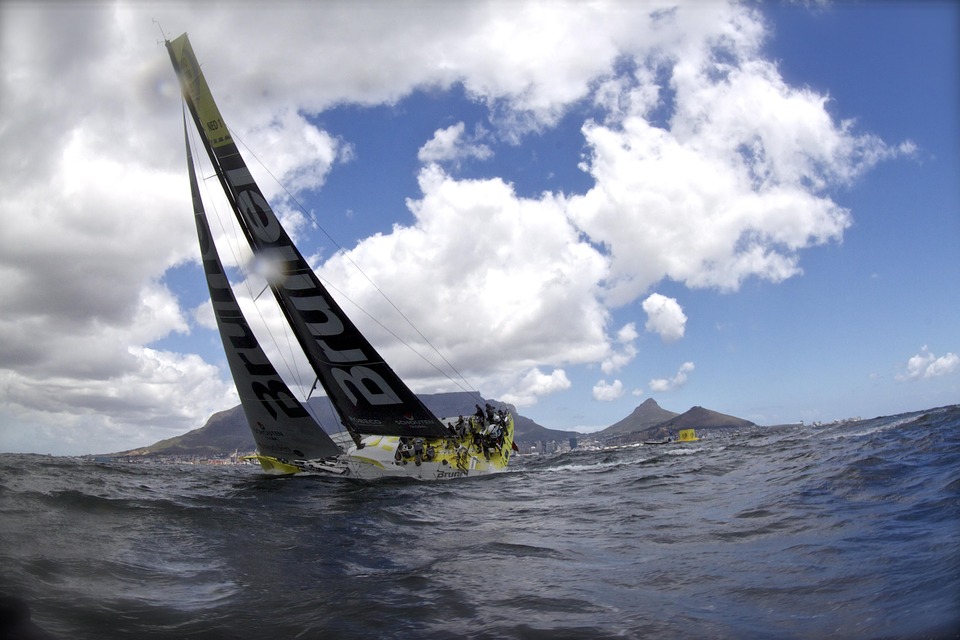 One of the problems with sailing clubs is, like luxury golf clubs and other places where the very well off hang out, is that they can be very exclusive which effectively damages the sport as a whole in that country. If ordinary folk see that sailing is for those who drive expensive German cars and eat at Michelin starred restaurants, then the sport cannot be democratised and is effectively killed off in that country.

Let’s look at three different countries and see how the various sailing organisations have tried to democratise sailing.

In the United Kingdom..

The UK has the world famous Royal Yachting Association which is arguably one of the best sail training schemes in the world.

Though there is the elite end such as the Royal Yacht Squadron, this leads the sport in much the same way as the Premier League leads football. Many young sailors want to race the Fastnet, organised by the Royal Ocean Racing Club one of the top oceanic races in the world.

However, for around £150 (approx. USD $225) a time you can do a succession of two day sailing courses that develop your sailing skills on dinghies until you can be among the best in your club if not the region.

Yachting costs more, it is a more expensive sport. Even so I’m taking my partner on a sailing experience course for £160 (approx USD $238) between us in January. If she likes it? Then we will follow the relevant sailing schemes to get her safe enough and skilled enough to be of use should I fall over the side and she needs to get me back aboard, and the boat back to dock.

Though it has a snooty perception in this country, sailing is really open to all in the UK.

In the United States of America..

As I showed last week, the US seems to have half an answer. There are hundreds of sailing schools that reach thousands of people every year in the country. However there is still an aura of elitism.

If you wish to take a yacht cruising course then you should have around USD $2000 to spare, as well as the finance to buy a boat.

You can learn to sail, as well as buy a yacht for as little as $5000. Essentially if you have $10,000 to spare you can effectively learn to sail, buy, moor and insure a yacht for the first year and this falls to around $3000 annually for upkeep and maintenance.

Last week we looked at US sailing dinghy training and found that it is all well and good learning the ropes but you cannot really learn to sail to a high level unless you’re a member of a sailing club, and possibly drive a German car to nice French restaurants…

South Africa is the only developed sailing nation in Africa, in part due to several decades under white rule. According to the national sailing governing body of South Africa, the elitism associated with sailing is a major problem for the sport as a whole in the country:

“The primary and most important objective of the National Training Scheme is to increase sailing participation in South Africa. Sailing is perceived elitist and inaccessible even to the middle class, yet that same middle class is prepared to pay around R2,000 [USD $130] for a 2-day scuba diving course.”

The issue of elitism has really damaged the sport in South Africa, even while it is the only nation with any sail training scheme on the whole continent. I had a run in with one of these clubs in 2013 that came down to the management of the club feeling that my face didn’t fit because I am disabled – this would go on to wreck my international sailing journalism career.

In order to tackle the elitism, South Africa Sailing has developed a coach training scheme designed to get its basic sail training open to all. By training the schools they are able to run schemes that are open to even the middle classes who can afford R2000 for a water sports course. Where this doesn’t reach the very poorest in the country (nor will any sailing scheme the world over. We must accept the sport has some limitations) it does reach out to the quickly growing numbers of middle classes in that country – not just the expensive German car drivers!

The country also has a number of venues that teach the RYA syllabus, meaning that they can offer the relatively cheap and bite sized courses that reach out to those without several thousand Rand to spend.

Is South Africa’s sail training scheme the answer? Insofar as the national governing body recognises that the main problem is sailing being in danger of being seen as elite and stuffy, this could well be a way of getting more people afloat for leisure. Will it succeed? Honestly, as with all international sports in the country, it may take decades to tackle, but at least the effort is going in!