Knotwork – An Essential Element of Learning To Sail 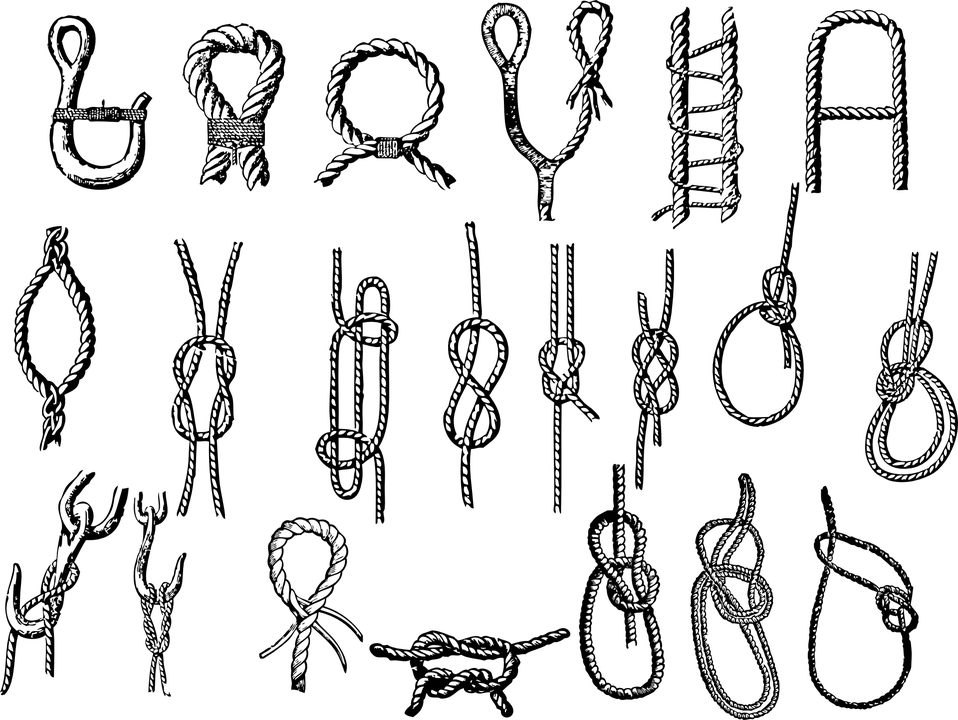 One of the skills associated with sailing is the ability to tie different knots for different purposes. It should become as second nature to the sailor as being able to trim their sails for the wind direction.

Why are there so many knots out there?

Different knots have different purposes for different circumstances. Over the millennia that sailing has evolved, a large number have emerged according to the individual needs of the sailor.

A key thing for a knot is that it can be loosened and untied in the right circumstances. A ‘bowline’ for instance can’t be untied while under load, but a ‘round turn and two half hitches’ can. By comparison the ‘trucker’s hitch’ (that we won’t show here) can’t usually be broken without a lot of work, under tension or not!

Other knots have specific purposes. The sheet bend is designed to tie two ropes of differing thicknesses together, and the reef (‘square’) knot would fail in most cases where the two lines differed in thickness.

Why do you need to learn all these knots?

Getting your head around the essential knots is important for everyone learning to sail.

Tying the right knot in the right circumstances is key to good seamanship, and the more you learn about the art of sailing the more knots you will learn according to the likelihood you will need.

One of the more advanced knots you may end up learning is the ‘bowline on the bight’ which is designed for you to slip your legs into to be hauled up the mast – this is an advanced knot for people who may have to get up the mast in a hurry, not your ordinary Joe who potters around the bay in their Laser!

There are some heavily debated knots that some people would refuse to use under any circumstances. In researching this blog I saw the ‘cleat hitch’, something I never use because if you needed to drop the sail in a hurry due to a sudden gale, the cleat hitch could lock up the cleat meaning that if you are fiddling around for those crucial seconds, you could end up in a lot of trouble. Three turns on the cleat should be enough for almost any job, and when it comes to tying your vessel alongside you should use a bowline!

Here are just six knots that you may run into during your sailing career. Most sailors will learn many, many more… 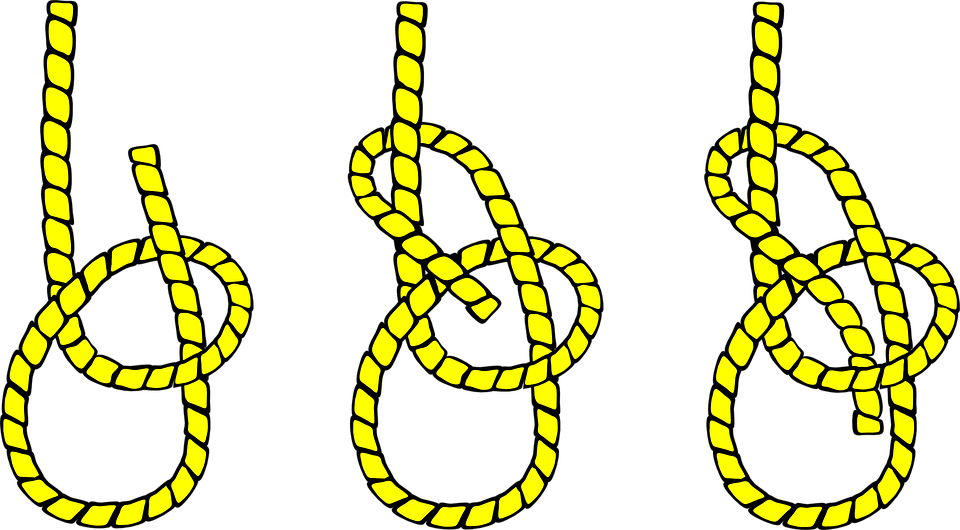 This is for tying a loop. It is complicated to learn but once you have it cracked then you will find yourself tying one very frequently! The bowline is designed to be almost impossible to untie when under load, but once you have removed the load you should be able to easily break it.

2. The bowline on the bight

This knot is for getting someone up a mast. Not everyone has a bosun’s chair and there may be an emergency where you need to get up the mast. Unlike the traditional bowline, it cannot be tied around an object.

3. The round turn two half hitches 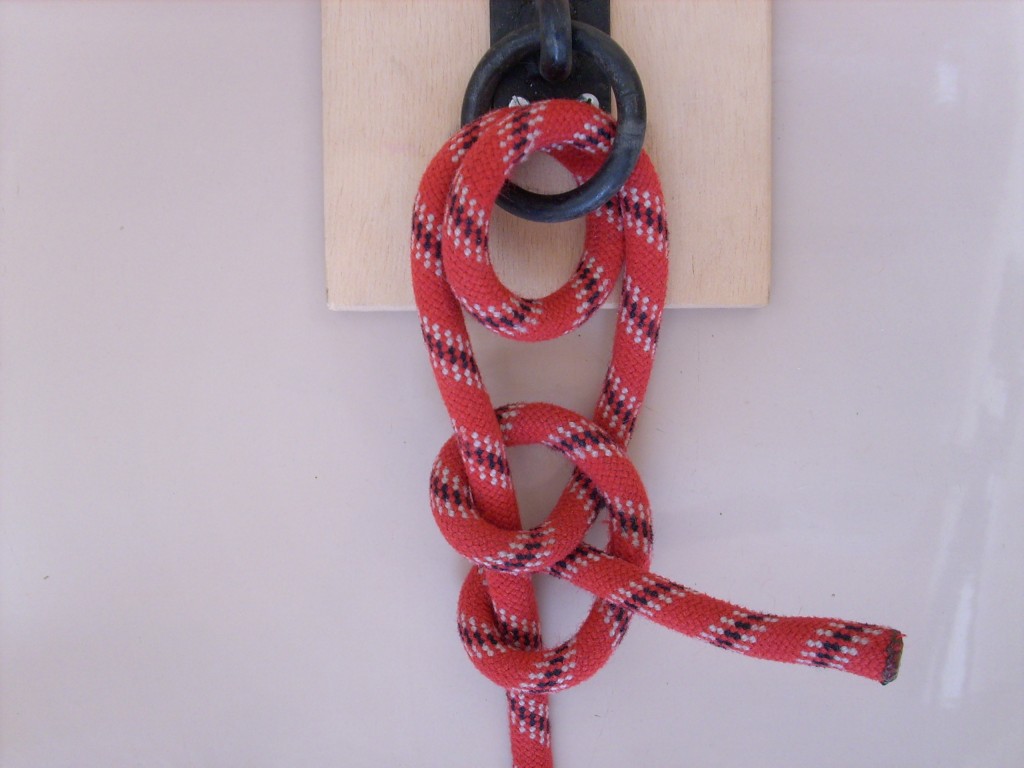 Where you want to tie a rope to a solid object, yet easily remove it when the load is off the knot then the round turn two half hitches is the right knot. One example where this might be used is where you are fixing a fender to a stanchion.

The sheet bend is for tying two ropes of unequal thicknesses together. One example where this might be used is for a throwing line to be attached to the bight of a boat’s shoreline. At the end of the throwing line will be a weight such as a monkey’s fist and you’ll hurl that to someone ashore. They will pull that, which is attached to your shoreline and help you moor… 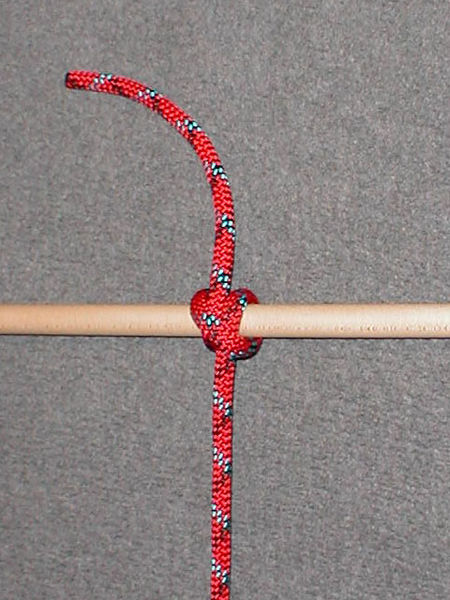 This is good for tying a small line to a bar or other rope in a hurry. One of the disadvantages is that it can cinch up and can be very difficult to untie after the load is removed from the rope, and can also work loose should the rope move around a lot. Many use it for tying fenders to a stanchion.

This has different names in different countries – in the Americas it is known as the square knot. As suggested, it is a good knot for putting a reef in a sail. It is also known as the ‘flat knot’, and is used for putting someone’s arm in a sling because it is comfortable on their neck. It is good for tying two ropes of equal thicknesses together, and tied the wrong way is known as the ‘granny knot’!

As a general rule, the yachtsman will learn more knots than the dinghy sailor. Even so, every sailing course you will do will do some rope work according to the level of sailing your will learn. Sailing is a career for everyone who indulges in it, and as with your work career, the more you do the more you will learn!