The Differences Between Monohulls And Multihulls, And The Courses Available

Posted on April 20, 2015 by Richard Shrubb under Dinghy Sailing, Sailing Courses, Yacht Racing Comments Off on The Differences Between Monohulls And Multihulls, And The Courses Available 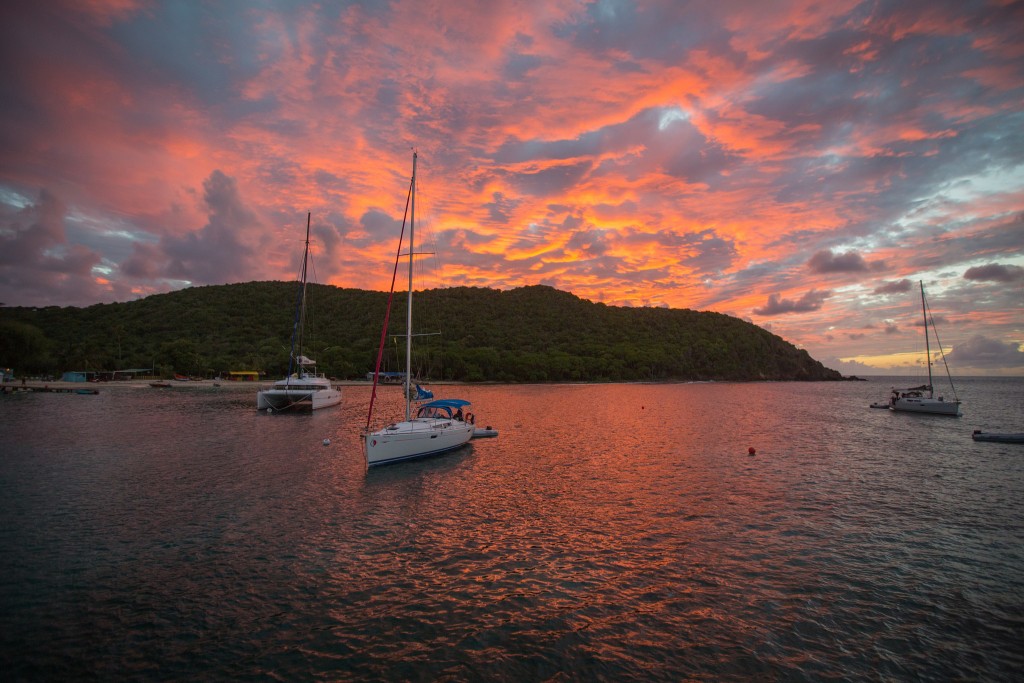 The differences are great enough that it is advisable to do either a Multihull Conversion Course or a specific multihull sailing course to learn the nuances in detail.

One of the great things about both multihull dinghies and yachts is that they draw less water. In non sailing terms, this means that you can take a multihull into very shallow water relative to the equivalent monohull.

For the cruiser, this means you can go into a much shallower creek or bay, without fear of running aground. The monohull will have a keel of some sort to achieve similar righting moments to the multihull (read on) which means that not only is the hull deeper, but it will have a great weight hanging several feet beneath. In the Norfolk Broads, this would mean that the monohull lies on its side in the mud at low tide where those aboard the catamaran or trimaran can enjoy their evening drinks watching the sunset in a lot more comfort!

For dinghy multihulls coming into shore to beach it, you only have to worry about getting the rudders up at the last moment. Believe me, this is no effort by comparison to getting a monohull ready to beach! There is a real art to beaching a monohull dinghy and I regularly embarrass myself doing it these days…

Everyone who sees yachts and dinghies at sea sees them leaning over to one side in the wind. This is because the wind is blowing the yacht onto its side on the sail, which in turn is transferring the force into forward motion. To counterbalance this, monohull yachts have keels.

Cruising catamarans however use a different principle. They use their two hulls in the same way as you would stand with your legs apart to help you achieve better balance – perhaps when pushing a car to bump start it, or to catch a rugby ball in a match. If you stood with your legs tight together you’d have less balance. Cruising multihulls don’t generally lean over as a result, instead digging their leeward hull deeper into the water, and thus preventing them from going sideways so quickly.

Water is 1000 times denser than air however, and for racing multihulls and dinghies the aim is to get one hull out of the water and scream along on one hull. The hull in the water being narrower than that of a monohull you significantly reduce friction relative to the monohull, and will go a lot faster.

For the lack of draft and different methods of achieving similar righting moments, multihulls sacrifice the ability to go to windward. In sailors’ terms, multihulls have a lot of leeway. Let’s explain leeway.

Monohulls have keels or dagger boards. These create friction with the water and counter the push of the mast above the water. They also stop the vessel from sliding downwind. The boat would prefer to just go downwind and not have to go in a different direction to it, but the keels and dagger boards prevent this.

Multihulls use their leeward hull to achieve the same thing. Since they have less friction with the water (to go faster) they therefore slide downwind at a greater speed than monohulls.

With less leeway, monohulls can go closer to the wind in a beat (heading upwind).

In New England and Northern Europe, sailors will consider upwind sailing part for the course. Freezing waves over the bow and wind in your face is a lot of what sailing is about in these cases. In these regions, it is often better to sail a monohull as you will get where you’re going quicker!

Multihulls have greater space per foot of length. Just look at the Gunboat luxury catamarans on the market for luxury, very sailable yachts. However, they are better at off wind / down wind sailing than beating / upwind sailing.

If you want a boat with comfortable bunks, and a nice galley that can go like a cat off a hot tin roof, then a multihull cruiser is the one for you. However, do consider mooring it on the Aegean or Caribbean as it won’t be as happy to get you where you’re going where you must beat for a few days to get there.

Multihull dinghies are the fastest boats in a club fleet. If you feel the need for speed, then do a multihull conversion course or one of the many multihull sailing and performance sailing courses available so you too can enjoy the thrill of high speed sailing!