Weather Forecasting – An Important Skill Of The Seafarer

Posted on March 9, 2015 by Richard Shrubb under navigation, Passage Planning, Sailing Comments Off on Weather Forecasting – An Important Skill Of The Seafarer 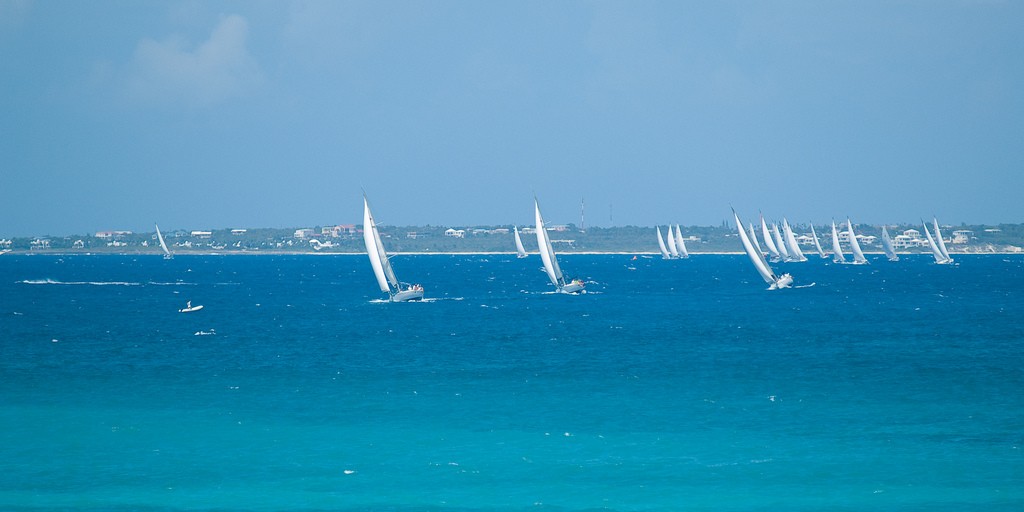 If you’re from the temperate climes of the northern hemisphere, having a good grip on what the weather is doing is a core skill in being able to plan a passage out to sea.

In northern Europe, processions of gales frequently wreck your plans for a trip out to sea, where even in the Mediterranean strong winds could end up diverting you from your planned coastal trip between Spain and Italy to the coast of Africa!

We’re all aware of the weather in our home country.

In the southern UK we can expect the full gamut from deep snow to blazing sunshine via the ubiquitous winter gale. Scotland, Denmark and the Nordic countries can expect those gales to hit hurricane force in winter, and in the summer southern Europe will see northerly gales in the Tramontana, Mistral and Meltemi.

Coastal northern Europe is affected by weather patterns that loosely follow the Gulf Stream current heading from the US East Coast. The US East Coast weather is affected by weather systems caused by the heating or cooling of the continent, and in southern Europe, weather systems are dictated by the proximity of the Azores High. 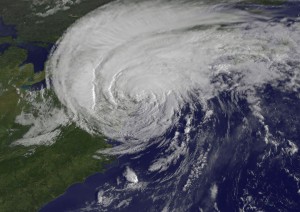 connected to the water in the oceans through a continual cycle of evaporation and precipitation.

Put simply, you will be aware of el Nino and el Nina, global weather patterns caused by the Pacific being warmer or colder than normal. When the sea is warm, water evaporates, and the energy in the water impacts weather systems.

Hurricanes and cyclones are fuelled by warm water. With some exceptions such as ‘Superstorm Sandy’ that wrought havoc on the US East Coast a few years back, hurricanes need warm water to be of any great strength. This is firstly why hurricanes are so rare in New York as the water is generally too cold, and also why you won’t see a hurricane go more than 150 miles inland, as there isn’t enough water to feed the storm.

UK weather is very volatile as we are at a collision point of four global weather systems. Warm air from the Tropics collides with Polar weather, and weather systems come from both the Gulf Stream warmed Atlantic and the European continent. This is the chief reason that Brits talk about the weather so much – because we have some of the most varied weather in the world…

The Caribbean – where the water’s always lovely!

In tropical areas such as the Caribbean the water is always warm. Here you have the Trade Winds that can be predicted almost by the calendar, never mind the huge computer systems used in the UK Met Office and the NOAA. These winds head from north west to south east and will blow at a constant speed for weeks on end.

In the southern hemisphere, you will see the South East Trades that blow the opposite way to their northern fellows, and in the area between the two Trade Winds there is something called the Inter Tropical Convergence Zone (the ‘Doldrums’) where winds can blow in almost any direction, and much of the time, not at all. 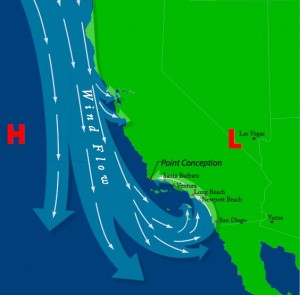 Learn your weather, enjoy your trip

Where most people think of sailing as hoisting the sails and having a jolly time, you will find that sailors have an unusual understanding of the weather in their area.

Experienced sailors at my sailing club know the wind behaviour from a given direction to within a few feet on the 100 acre lake!

Meteorology is absolutely key to learning to sail. Knowing what the winds do when they interact with the wind turbine on Stewartby Lake in Bedfordshire can win you the race.

Seeing a three day gap between gales can enable you to get your boat home from the continent to its home mooring at the end of summer. If you’re stuck in a gale, then knowing where to steer your vessel to avoid the most dangerous winds could mean the difference between having a salty tale to tell and not getting home at all.