Stupidity At Sea Doesn’t Just Risk Your Own Life – Learn To Be Safe!

Posted on March 2, 2015 by Richard Shrubb under Boating, Sailing, Uncategorized Comments Off on Stupidity At Sea Doesn’t Just Risk Your Own Life – Learn To Be Safe! 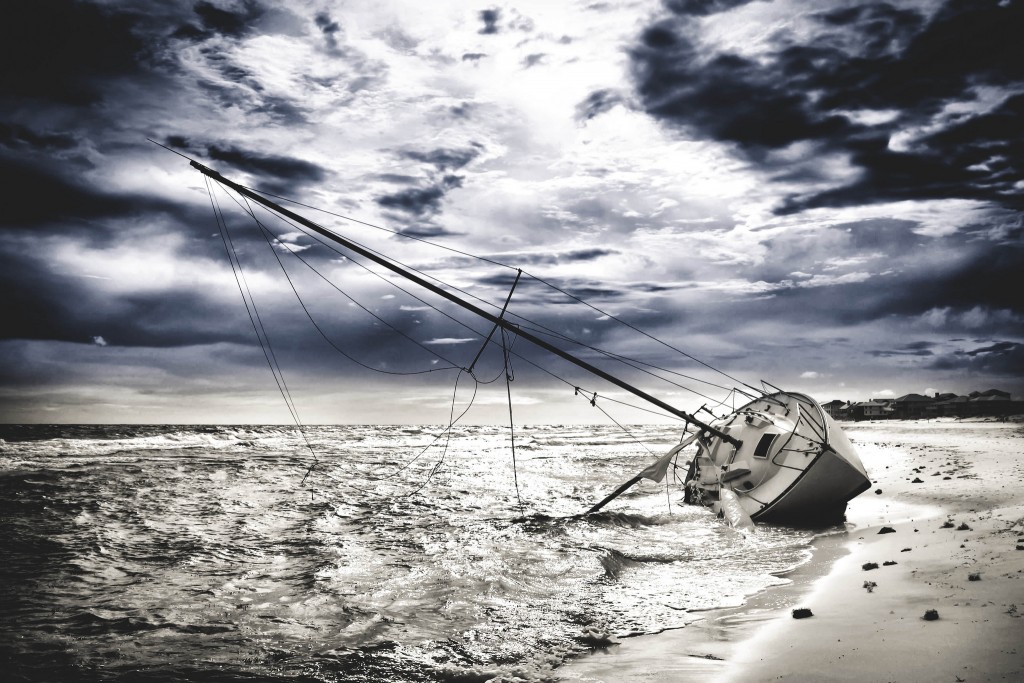 Throughout my writing for The Boating Hub I have made quite a few jokes about how one sailing qualification or another won’t prepare you for a trans oceanic voyage.

Whether the top sailing qualification in Luxembourg, or a day sailing certificate from any one of a number of other countries, a basic knowledge of sailing just won’t prepare you for a serious voyage.

Two weeks ago a pair of Australian sailors set out to sea from Jamestown, Rhode Island on a journey ostensibly to Sydney, Australia. They ended up abandoning ship just over 100 miles out to sea, forcing the local rescue services to risk their lives to pick them up in a blizzard, on 25 foot seas. This pair have proven how dangerous naiveté if not base stupidity can be.

Australian sailing qualifications are among the best in the world, and Australians regularly figure among the elite ocean racers – and won outright the Sailing Olympics regatta in 2012.

If the pair were Luxembourgois, their sailing ability could be put down to qualifications dreamed up by a bureaucrat not a sailor – this is not the case.

If you are to even dream of an oceanic trip you should spend a couple of years using a good national sailing training scheme. This can cost a few thousand Euros, but what price is your own life?

It is possible to have an RYA Coastal Skipper qualification yet sail across the Atlantic. If you set out on such an adventure you may have a lot of experience in crossing the Bay of Biscay in vile conditions as skipper and crew, and have an idea of how to prepare your boat and crew for nasty weather.

In getting those qualifications you should get sailing as often as possible. This doesn’t mean racing around the buoys every weekend – if you’re to prepare for an oceanic voyage, you should get some serious miles in, even in weather conditions where most people wouldn’t walk their dog.

You should know how to navigate out of the sight of the land. Sailing being about self sufficiency, you should do an astral navigation course in case you’re mid Pacific and have run out of electricity aboard – engines fail and fuses blow.

Do an engine maintenance qualification, and learn as much about fixing an engine as possible. Consider a sail repair course – the pair who abandoned off Nantucket had a torn sail when they made the Mayday call, and getting the thing below and fixing it might have saved the boat.

Marine electronics courses and radio courses are good to learn too. Consider a sea survival course as well.

If the pair had done a meteorology course then it is likely they would not have gone out in the first place. According to the NBC article, they planned to ‘outrun the storm’. Better not to go out if it was even headed your way surely? 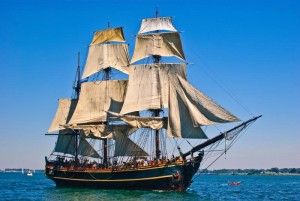 Only if the storm surprises you, should you try to outrun it. If you’re ashore and a big storm is coming, the sensible thing is to stay ashore – no matter the size of the boat!

In 2012 an old shipmate of mine tried to outrun a hurricane. Robin Walbridge was the skipper of the tall ship HMS Bounty. He had many years of skippering and being an officer aboard large sailing ships – he was Second Mate on the 186ft tall ship HMS Rose when I sailed aboard 19 years before.

There is no doubting the man’s experience. Walbridge had a weakness – he sailed tall ships as if he was a Volvo Ocean skipper. He nearly killed me a couple of times in my year aboard. In trying to outrun super storm Sandy in 2012 he killed himself.

The US Coast Guard investigation in 2014 said, the “failure of the Bounty’s management and [captain] to exercise effective oversight and risk management in the overall operation of the Bounty and specifically with undertaking its final voyage in the face of an impending hurricane,” led to the loss of the ship and ultimately the two lives aboard.

Walbridge was caught out that day in part by not drilling his crew in abandoning ship, but also by the size and magnitude of the storm. Nothing of that size had hit the US North East in decades. I have no doubt he had the experience and a seaworthy boat. In miscalculating the magnitude of the storm, and deciding to try to outrun it, he paid the price.

Where the Bounty could have handled a kicking in a minor hurricane, a 40 yacht shouldn’t venture out to sea if there’s a risk of 60 knot winds in the next 24 hours. That was just stupid.

The McGlashans could have killed themselves, or in those conditions, the crew of the USCG helicopter that bailed them out.

Sailing isn’t just about being able to sail quickly around a course – it is about so much more, and the more you learn the lower the risks of having to be picked up, and potentially humiliated in the world’s sailing media!