Elite Sailing – A Great Reason To Learn To Sail?

Posted on June 22, 2015 by Richard Shrubb under Boating, Competitions, Sailing Comments Off on Elite Sailing – A Great Reason To Learn To Sail? 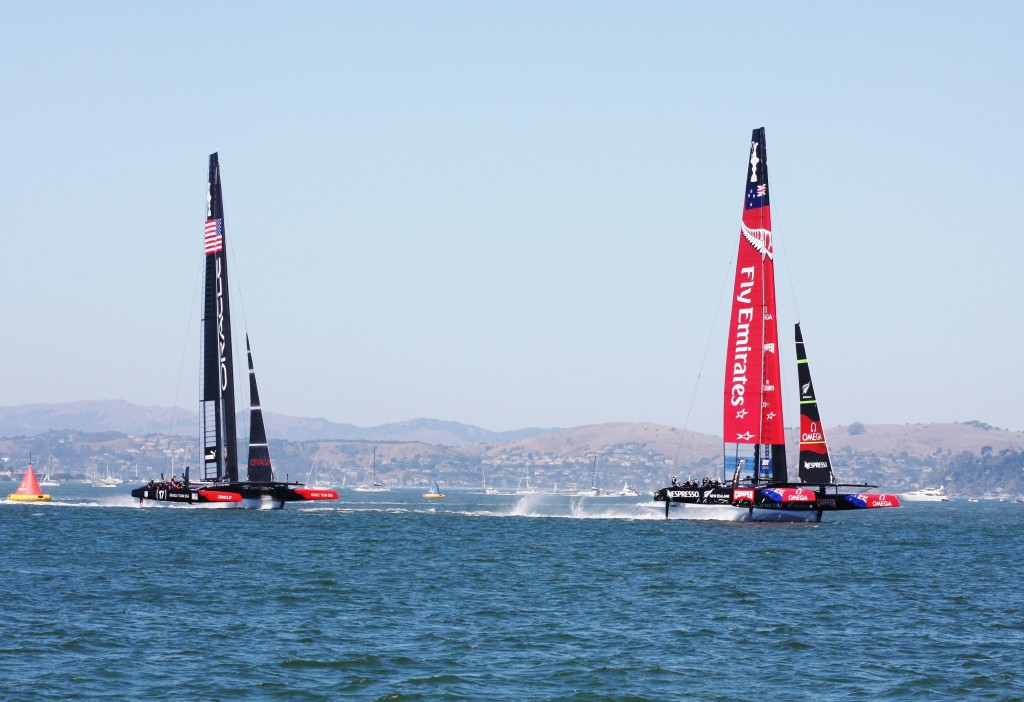 In the coming year or so, several British sailors are going to make the headlines in elite sailing. There will be some great sailing spectacles in the media, with the Americas Cup World Series in Portsmouth next month, a serious British challenger for the next Vendee Globe, and a revamped UK based international Extreme Sailing series beginning in 2016. This is quite apart from the Rio Olympics that may well send a few gold medals home based on the current form of Team GB on the Olympic circuit.

For the spectator who understands yacht and boat racing, there will be some amazing spectacles and a real chance at seeing Brits take home some very valuable silverware. Could Ben Ainslie win the Americas Cup for the UK for the first time in nearly 175 years?

Will this make people want to learn to sail, as British cycling successes have drawn ever more people onto their bikes? The answer isn’t so easy to predict. Let’s look at some perceptions of sailing that get in the way, that don’t get in the way of other sports;

Perception 1 – Sailing is difficult and expensive!

The advantage cycling has as a sport over sailing is that most kids ride a bike as part of their natural development. By aged 7 or 8 at the very latest, a child will have mastered cycling on two wheels. Even if they’d not been on a bike for years, the adult can readily find £300 and up for a decent bike and can get going immediately. Yes, it is advisable to have a cycle helmet and some road sense, and not cycle down a busy A road in rush hour at night as you could be in peril bloody quickly!

Sailing however takes time. Where the act of tacking, gybing, trimming sails and rigging a small boat can only take hours to learn; to learn how to race at club level can take a few seasons. Where no one could even dream to compete with Team Sky’s Chris Froome without a decade of total dedication on his bike, it often seems a high enough hurdle to even keep up with the fleet on a Wednesday fun race as a beginner sailor – or like me, someone who is coming back to dinghy sailing after 20 odd years…

There are courses you can take to keep up with the club fleet – over two seasons you can go from never setting foot on a dinghy to being a competent racer. Honestly, the cost and effort isn’t huge by comparison to bike racing.

As with cycling, youngsters can learn to sail from a very early age too. There are several schemes around the world that teach kids to sail Optimists from the age of 5 and up. Just look at Ireland, Canada and UK as an example! In many ways, as long as the parent has the commitment to take their son or daughter out, then there is no reason that your offspring shouldn’t be as expert under sail as another child is on their BMX or racing bike.

Sailing on yachts if anything is even cheaper for the complete outsider. Turn up at a yacht club on a Sunday morning before the race with some wet weather gear and ask if someone needs crew. 99% of the time you’ll get aboard. You’ll learn what to do and develop from there! Make friends and go cruising with them – learn some more. As you get more serious, do a course in crewing… 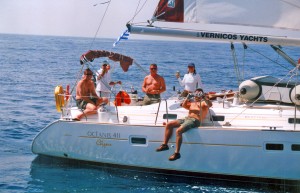 Perception 2 – Sailing is for ‘them’

For elite sailing’s spectacle, be it 18 foot skiffs haring it up Sydney Harbour in the southern hemisphere spring, or AC45’s blasting around Portsmouth Harbour in July, there is an aura of elitism in sailing.

Honestly, hardcore yachties really don’t help themselves in this regard. Often I find the snobbery intolerable, and this is as a guy who has sailed everything that floats at some of the top sailing clubs in the world since the age of 5. Where you join a club to belong, many clubs are hard to penetrate socially even after paying your fee.

There are two sorts of clubs that you will find in nearly every sailing venue around the world. The one with Royal patronage where women aren’t allowed to buy drinks at the bar, and the one where families are encouraged to pitch in to make the club a vibrant, fun place to be. I’m thinking of two towns in the UK that have both as I write this!

The sailing community around the world has been grappling with this issue for decades, and often just puts the idea down until its conscience starts bothering it again a few years later – not unlike me and my smoking habit, where I’ll ponder quitting so I can be alive for my daughter’s 40th birthday over a cigarette…

People just need to realise that for every exclusive, stuffy sailing club you will find at least one scruffy, happy, welcoming club nearby. Yes the scruffy types won’t be sailing £100,000 boats on foils at 40mph, but you will be accepted, guided and of course, welcomed to the fold in the scruffy one. These people are what make sailing a mass movement – the multimillionaires just form the sexy tip that the media coos over!